Alcohol has a complicated place in human history. For as long as we can track, the drink has held an important role in socializing and bonding.
When enjoyed moderately, the ethanol in our favorite alcoholic beverages helps release serotonin, dopamine, and endorphins in the brain, chemicals that make us happy and less anxious.

Think of all those gatherings where alcohol makes an appearance:

With how ubiquitous alcohol is: Have you ever wondered what country is home to the biggest drinkers?

We’ll you’re certainly not alone. The World Health Organization tracks this data, and for reasons that may be unclear at first. Outside of pure curiosity tracking alcohol consumption can be useful for projecting social, cultural, economic, and health trends.

That’s why we’ve decided to use our Datasnare Report Server to visualize the data provided by WHO. To start off, we’ve used the Choropleth Map Widget (a color shaded map) to rank alcohol consumption side by side for the two years that WHO has published their data: 2010 and 2016.

Let’s check out our maps and see what conclusions we can draw.

By looking at the maps there are a few things that may immediately stick out.

One of the great benefits of using Datasnare’s Report Server to visualize your data are the different options you have to share your data and visualizations. The maps and tables seen in this post are Dashboards created on the Datasnare Report Server.

Since we’re using non-sensitive, publicly-available data, we can choose to publish these reports publicly, allowing anyone with whom you share the report link to view and interact with the data.

For this post we’ve taken it one step further, and used our dashboard embedding option to share the visualizations directly on this page. 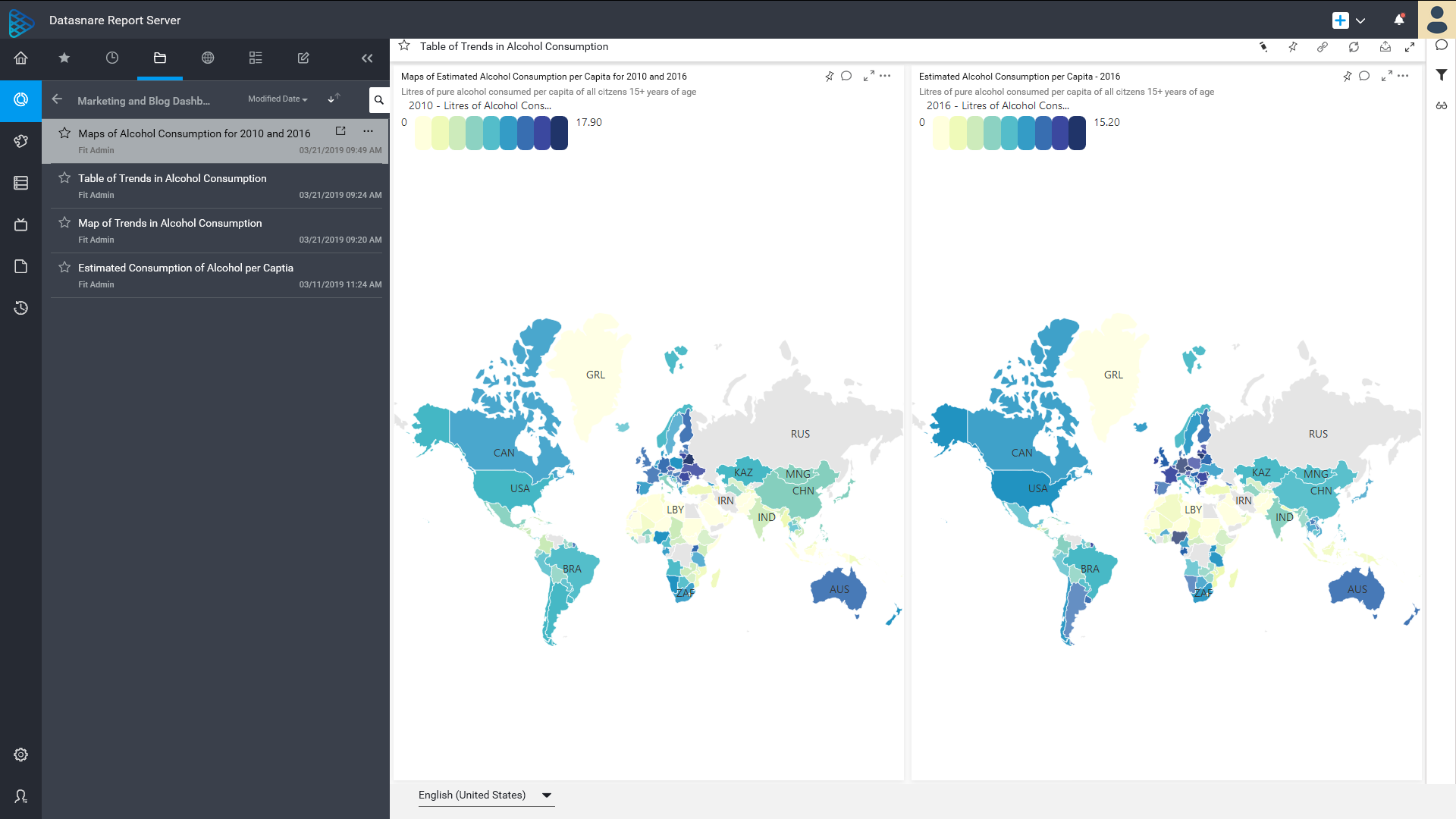 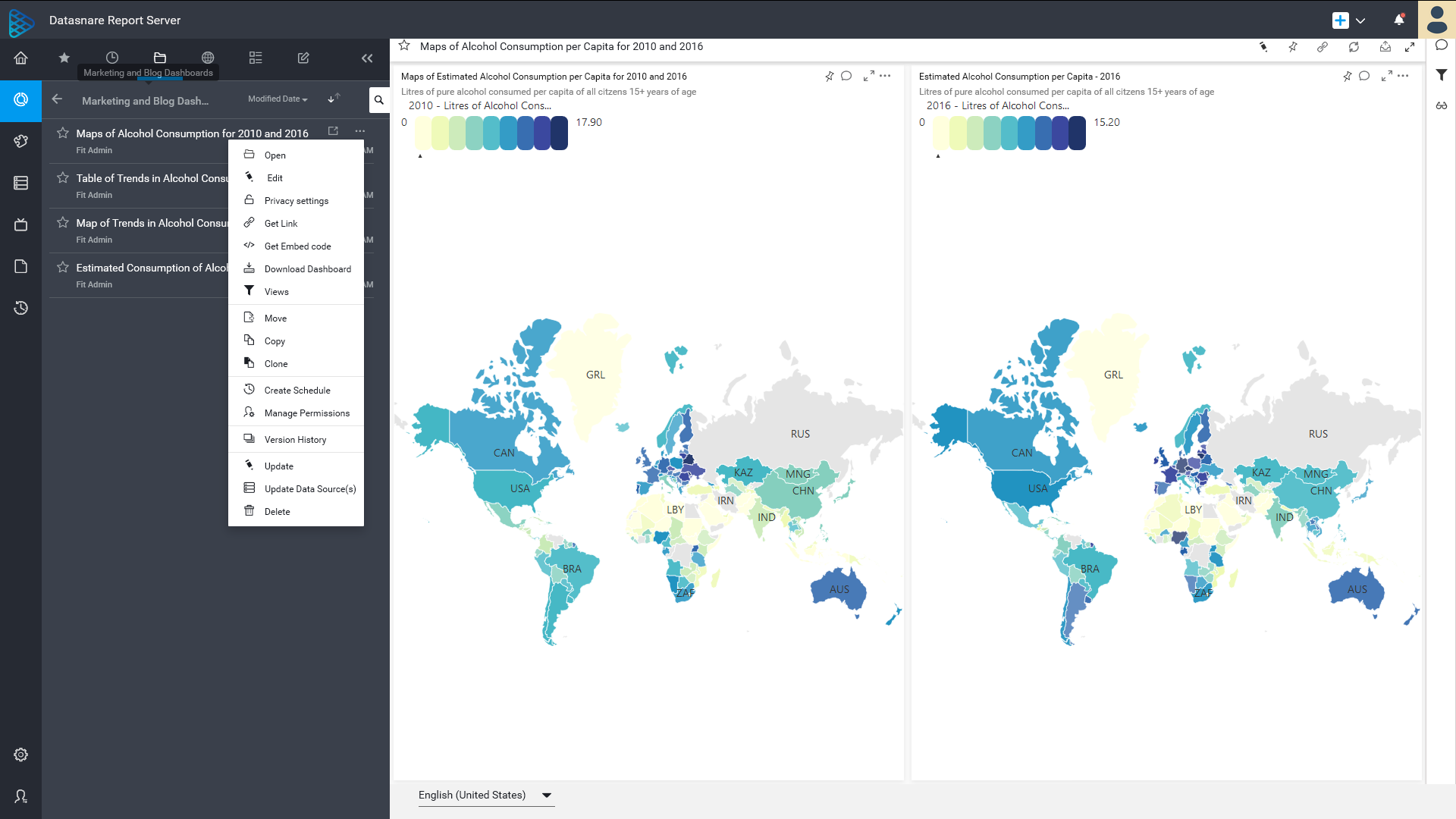 We then select “…” next to the Dashboard we wish to make public to see additional options. To make the Dashboard public we go to Privacy Settings > Public and confirm our selection by hitting the Change button.

The report is now available at the Dashboard’s URL and published to the world! 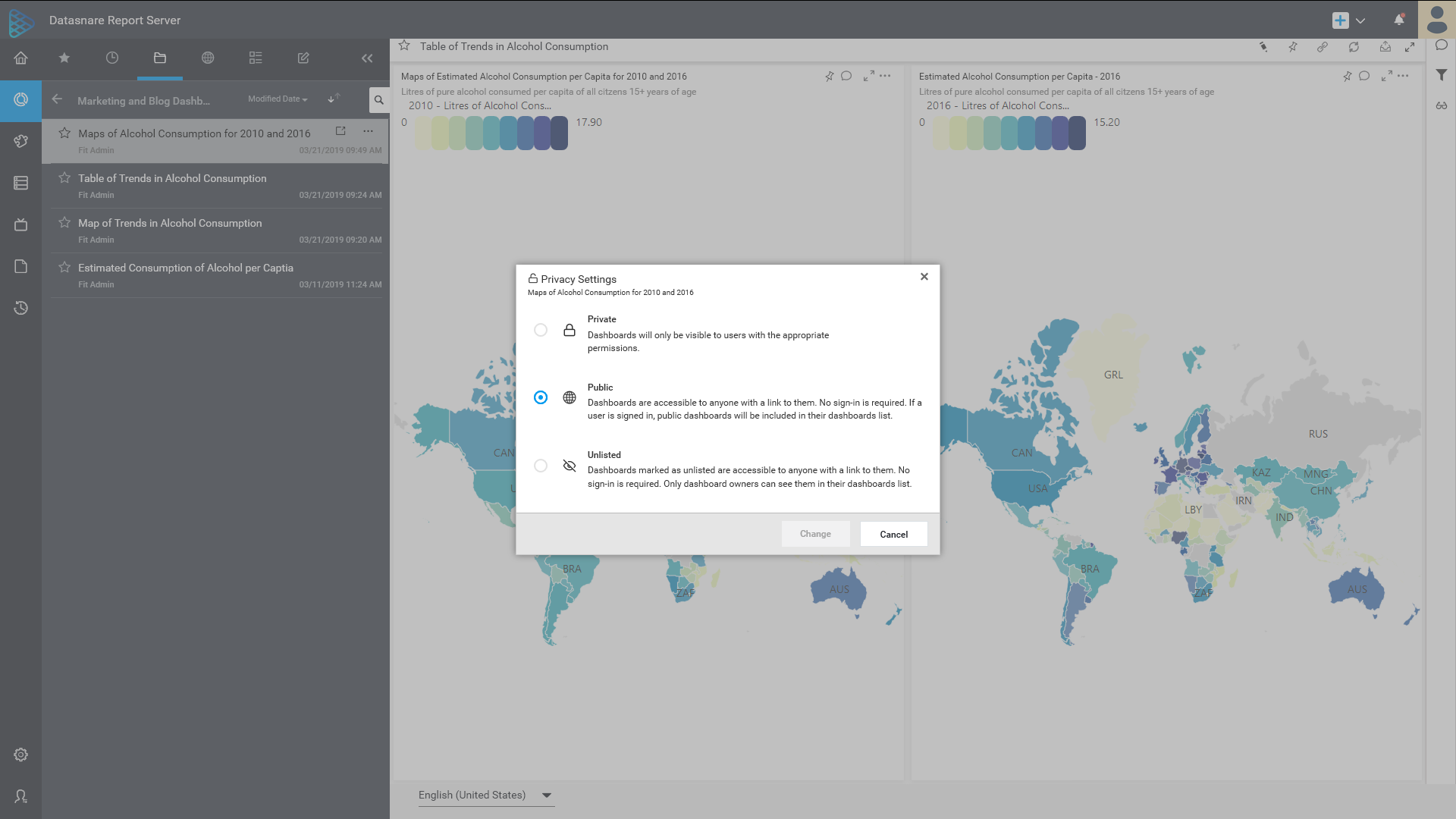 If you wish to embed the Dashboard into a webpage like we have on this one, all you need to do is:

Select the “…” next to the Dashboard you wish to embed and select Get Embed Code. Copy the code to your computers clipboard and simply paste it into the webpage you want it to be embedded into. The dashboard will be loaded in an iframe and will load the most recent version of the report each time it’s requested. It’s as simple as that!

View the Full Report on the Datasnare Report Server 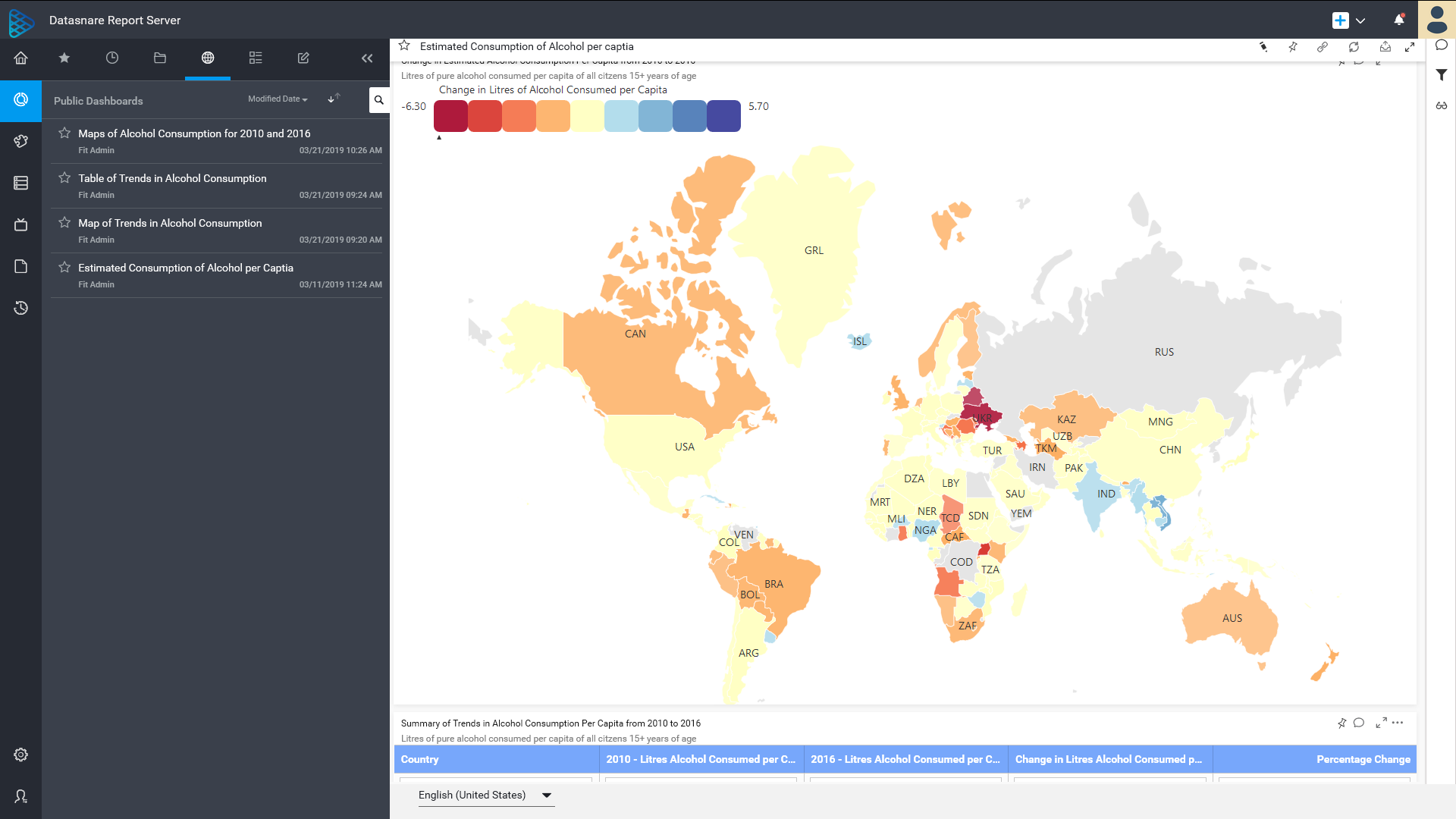 Datasnare may uses Cookies to provide a better web experience for our visitors. You can learn more in our Terms Or you can opt out by selecting settings and saving your preference. Settings Ok